A look at what some economists are thinking. 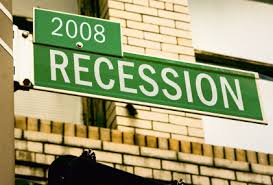 When may it be over? In the last two months, some notable economic indicators showed signs of improvement, or at least less gloom: new and existing home sales, factory orders, wholesale sales, consumer spending, encouraging regional reports from the Federal Reserve. On Wall Street, some corporate earnings reports have been stunningly impressive, others not as bad as assumed. Other indicators are less positive - the unemployment rate, the March retail sales numbers, and rising foreclosures.

There is a sense that the recession may be wrapping up. But when? Let's take a look at what some pundits think.
The view from Washington. "We have seen tentative signs that the sharp decline in economic activity may be slowing," remarked Federal Reserve chairman Ben Bernanke in mid-April.1 President Obama's top economic adviser, Larry Summers, who wrote about the possibility of this recession in a November 2007 article in England's Financial Times, sees a "more balanced picture" of the economy emerging with "more encouraging" indicators.2 In other words, as President Obama has said, glimmers of hope.

The view away from Washington. John Williams, director of research for the San Francisco Fed, sees a U-shaped recovery beginning in the third quarter.3 Harvard University's Martin Feldstein is less enthusiastic; referring to the latest Fed Beige Book survey of regional economies in the U.S., he felt it showed that "things are falling, they're falling a little more slowly, but that doesn't mean they are going to start turning up anytime soon."4 A forecast out of UCLA's highly respected Anderson School of Management sees a recovery potentially coming in 2010 and this recession lasting 19-24 months.5

Survey says ... September? The Wall Street Journal polled 53 notable economists and averaged their projections. What emerges is a fairly sunny picture. On average, these economists saw the recession possibly ending in the third quarter of 2009, projecting 0.4% growth in GDP after two quarters of contraction.6

Whether the recovery has already begun, or begins in the future ... you should see that your invested assets are allocated in a way that aligns with your specific situation and goals. A chat with an experienced financial professional may provide you with a clear overview of where you stand.

View all posts by: Colin Meeks